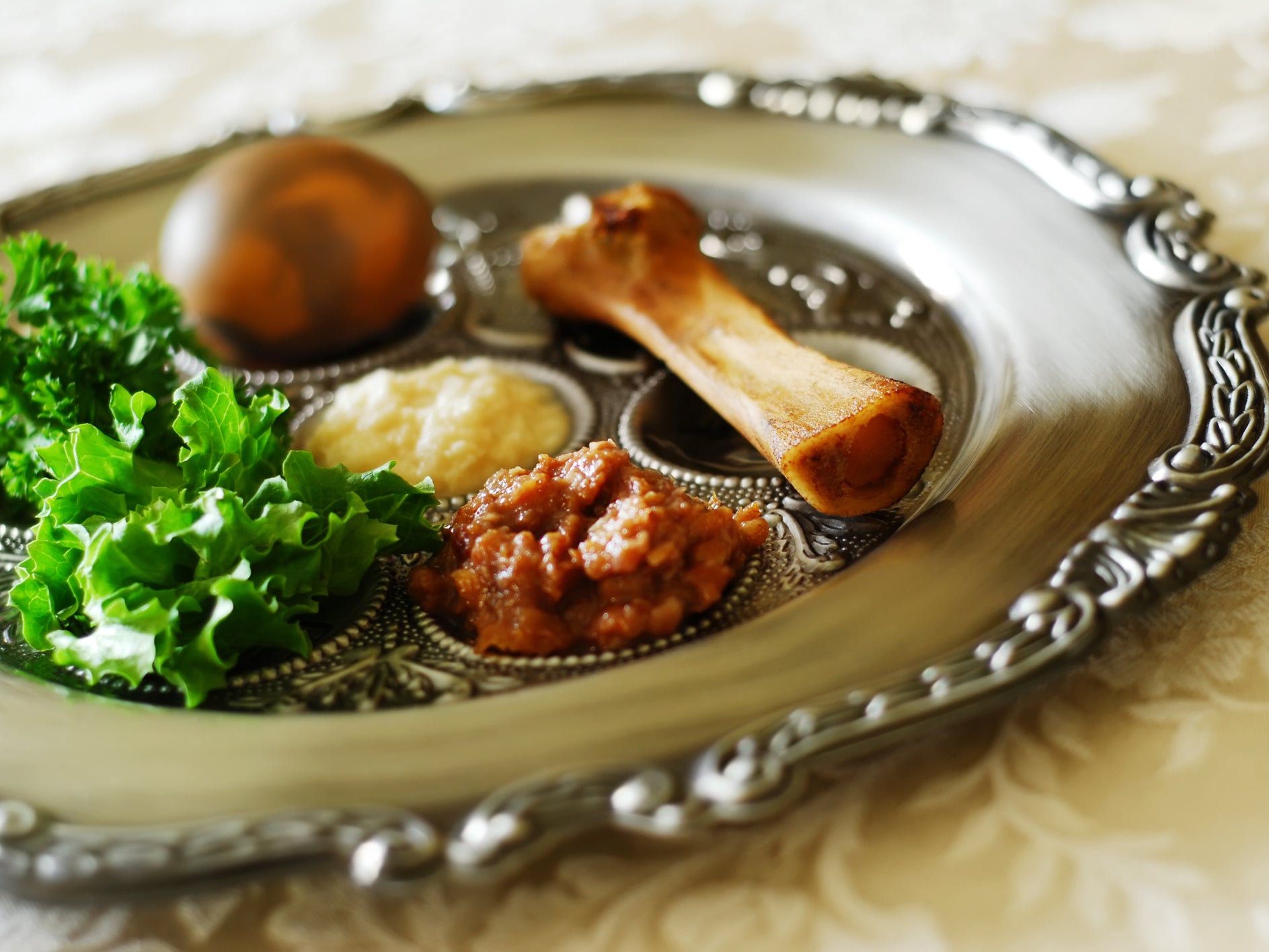 Passover or Pesach is the second most important holy day of the Jewish year and The Seder is the most commonly celebrated Jewish ritual, performed by Jews all over the world.

Passover commemorates the Hebrews’ liberation from slavery in Egypt and the “passing over” of the forces of destruction, or the sparing of the firstborn of the Israelites, when the Lord “smote the land of Egypt” on the eve of the Exodus.  It’s the central story of the Torah (the first five books of the Old Testament) The Passover story begins when the Pharaoh, the ruler of Egypt, starts worrying that the Jews living in Egypt will outnumber his own people. His response: forcing them into slavery and decreeing that every son born to the Hebrews should be drowned in the Nile.  Baby Moses is saved by his mother, who floats him in a basket down the Nile river and is later found and adopted by Pharaoh’s own daughter.  While growing up in the rule court, Moses kills a cruel slave master and flees into the desert.  Here he encounters a burning bush of God revealing himself to Moses. God tells Moses to go to Pharaoh and lead the Jews out of slavery.

When Moses returns and ask the Pharoah to let the Jews go, he refuses, and God cast 10 plagues, frogs, boils, and hail, among others, on the Egyptians so they would release them from his reign.  After each plague the Pharaoh continued to refuse to let the Jews go.   God then sends the tenth and final plague and passes through the land of Egypt and strikes down the firstborn of every household. The Jews have been forewarned and told to mark their doors with the blood of a lamb they have sacrificed — the Passover offering — and so God “passes over” their homes.  The Pharaoh’s own son, however, is killed during this final plague, and as a result, Pharaoh finally lets the Jews go free.

The Pharoah however, has a change of heart and decides to chase the Jews.  The ensuing chase ends up with Moses being trapped in front of the Red Sea before it is parted by God for the Jews to cross — and then subsequently drowning the Pharaoh’s men.  It is this act of divine intervention that finally leads them to freedom, and to the forty years of wandering in the desert to the land of Israel.

Since then Passover takes place in early spring during the Hebrew calendar month of Nissan, as prescribed in the book of Exodus. Exodus 12:18 commands that Passover be celebrated, “from the fourteenth day of the month at evening, you shall eat unleavened bread until the twenty-first day of the month at evening.”  Because the Hebrew calendar does not match up with the Gregorian calendar, the date of Passover (along with other Jewish holidays) changes every year.

The main event of Passover is the Seder – a home ritual blending religious rituals, food, song, prayer, and storytelling.   Families hold a seder on the first and sometimes the second night of Passover.  The seder has a number of biblical origins for its customs. Exodus 12:3-11 describes the meal of lamb, unleavened bread, and bitter herbs which the Israelites ate just prior to the Exodus. In addition, three separate passages in Exodus (12:26-7, 13:8, and 13:14) and one in Deuteronomy (6:20-21) enunciate the duty of parents to tell the story of the Exodus to their children.

The Hebrew word “seder” translates to “order,” and the evening is

organized as laid out by a central book called the Haggadah which explains many key elements and symbols as you read along. The Passover seder has 15 separate steps in its traditional order.  There is even a specific section of the seder called the four questions, where the youngest person at the table asks about the different Passover symbols and the elders explain.

Each family tends to have its own traditons and form of the Haggadah as there are many different haggadot: some concentrate on involving children in the seder; some concentrate on the sociological or social justice aspects of Passover; there are even historical haggadot and critical editions.  So you will find if you went home to home that every seder has its own unquie touch, but ultimatly is rooted in the same story.